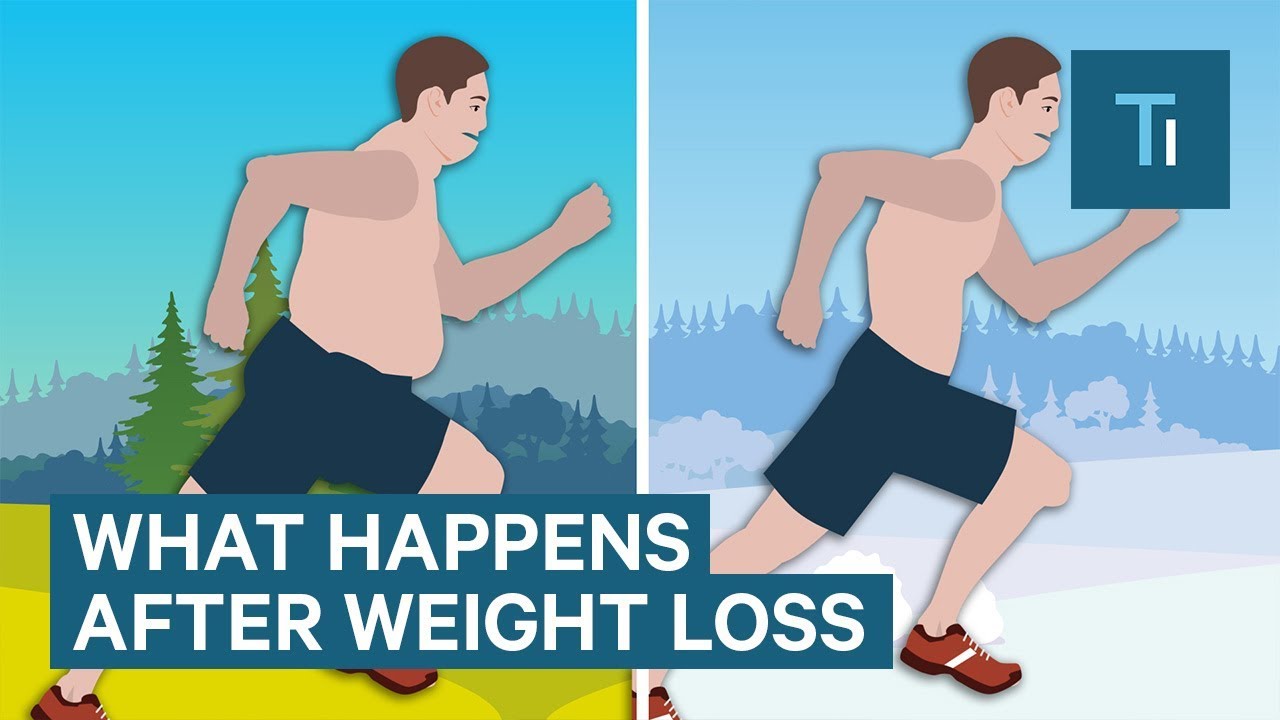 Following is the transcript of the video:

Here’s what losing weight does to your body and brain.

During the first week, you may find it easy to lose weight by simply switching to a healthier diet. But as your metabolism adjusts, you won’t burn as many calories as you used to.

Making matters worse, as the fat melts away, you’ll start to experience an increase in appetite. After a meal, fat cells release a hormone called leptin into the bloodstream.

This surge in leptin levels signals to your brain you’re full and should stop eating. But with less overall fat, people who lose weight show a measurable dip in leptin.

Brain scans of obese patients who had lost 10% of their body weight revealed that less leptin leads to increased activity in regions of the brain that control our desire to eat.

The result isn’t just an increased appetite but an even stronger urge to eat fatty, high-calorie foods, because your brain is trying to restore the body’s leptin levels to normal.

However, fighting that early impulse to gorge on pizza and donuts is worth it in the long run.

Several studies have shown that people who underwent weight-loss surgery saw an improvement in memory, concentration, and problem-solving skills in as soon as three months.

Plus, brain scans indicate that people who lost weight and kept it off for nine months reacted differently when shown images of high-calorie foods than before they lost the weight.

The brain regions that process reward, motivation, and taste didn’t react as strongly, whereas the areas that promote overall self-control had a boost in activity.

So fighting those cravings early on might make them easier to control later. Turns out — like anything else — losing weight can get easier with practice.

Tech Insider tells you all you need to know about tech: gadgets, how-to’s, gaming, science, digital culture, and more.
Subscribe to our channel and visit us at: http://www.businessinsider.com/sai
TI on Facebook: https://www.facebook.com/techinsider
TI on Instagram: https://www.instagram.com/tech_insider/
TI on Twitter: https://twitter.com/techinsider
INSIDER on Snapchat: https://insder.co/2KJLtVo